In todays blog our attention will be moved from the land on the island. We are going to say something about island Brač, largest island in Dalmatia, with 395km2. It is populated with cca 15,000 inhabitants. Brač is surrounded with more islands like Hvar and Šolta, and its distance to the land is from 6 to 13 km. The highest top of the island is called “Vidova gora” with 778 m, also highest top in Croatia`s islands.

First signs of life on the island were in 4. century B.C., and you can see evidence of this thesis even now. Brač was very attractive because of its stone, very famous all over the world. There is a myth that the “White House” in Washington was build out of stone from Brač. The stories about transporting the stone to Split with the ships in ancient times are very interesting. One of the most impressive buildings in Dalmatia, and Croatia, the Diocletian Palace was mostly built out of the stone from Brač.
During the history, Brač was occupied by Venetia, Hungary and Ottoman Empire. Most of the influence came from Venetia, since it was practically neighborhood force.

Brač should be visited for many reasons, and we will point out few of them. It is best known for the famous beach “Golden Cape” in Bol, the biggest place on the island.

Very interesting is also “Pustinja Blaca”, or in translation a desert Blaca. It got its name because people went to live there when they wanted to live in solitude. Lately it became a candidate for UNESCO protection of cultural heritage. Same case is also for “Dragon´s cave”. Why this name? Because inside of the cave is a drawing of a dragon and a moon. Also, there are tunnels that were used during the war. Guids can take you to them, but they are only reachable with a boat.

Since Brač is famous for its stone, many architects and well known builders were coming on the island and left signs of their genius through sculptures or buildings. So, while on the island, you can enjoy in watching many different artifacts from different periods of history.

Beside the stone, people on the island are mostly producing olive oil or wine. Because Brač has many sunny days, the climate is perfect for these products. Logically, fish industry is big on the island. There is famous regional factory that conserves fish and exports it even in most of the countries in Europe.

Except fish factory, there are also some smaller ones like candy factory, small shipyards or plastic mass factory.

Brač is an island with most libraries per people in Croatia, so the average is 5 books per person.

This blog is just giving you few orientational informations so you will know what to see and which places to visit while on the island of Brač. 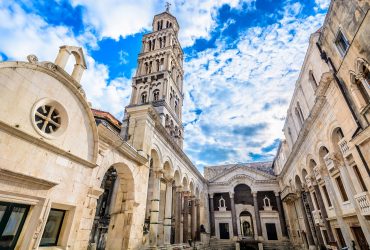 0
Daily trips from Brela are a great idea these days because autumn is the fifth season! It may seem to ...
View more

0
Biokovo Skywalk is your next destination on your to-do list during your stay in Dalmatia? Before you realize this great ...
View more